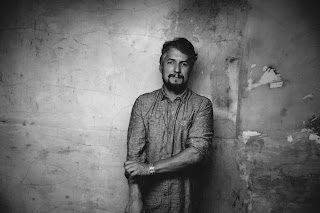 Multi-instrumentalist, vocalist, songwriter, and producer Cruz Contreras has roots in Tennessee and Michigan, but has impacted Americana music worldwide.

The frontman, founder, and driving force behind The Black Lillies’ raw and rootsy sound and has collaborated with musicians ranging from John Oates and Jim Lauderdale to Langhorne Slim and The Turnpike Troubadours. Cruz’s projects have topped both the Billboard and Americana radio charts, won Independent Music Awards, and been nominated for the Americana Music Association’s Emerging Artist of the Year award.

We've been fans of Cruz's music since he put the "CC" in Robinella and the CCstringband and The Black Lillies are one of our favorite bands. Cruz is a great performer and an incredible songwriter, covering amazing range and depth. His debut solo album is coming out this spring - come get a sneak peek at this concert!

Suggested donation is $20 per person, which all goes to the musician.

Please email us at team@mechanicstreetmusic.com to reserve your spots or for more info.